As many may know, this past summer 2015’s Death Race may have been the last one ever, and I may have lost my chance at tackling it due to falling asleep at the wheel ……twice!

Since I had just seen Norm’s post on Facebook the night before about it being Death Race time, I said to myself  "eh What the hell?". I shot them an email to see if there were any openings left....and there were!

So on June 26th, the day of, I was up and working by 4am not thinking anything of it. Later on around 9am I had a chance to glance at my e-mail when I saw a reply from Peak (Peak Races coordinates all Death Races). They quickly helped me set it up and sent me the gear list of materials to bring. At that moment I took a deep breath and began to figure out how I can make this happen… how am I going to get there? I grabbed a pen and paper and wrote down what I needed to make this happen.


Being a husband and dad of a 3 year old and not being a millionaire means shelling out $400 bucks is a bit tough. Keep in mind that it ALL GOES TO CHARITY! I would participate in the race, do my very best and raise money for Charity.  I would cover all the gear, gas, and travel costs on my own. So in order to complete the registration part I turned to my fellow Spartans. I quickly setup a GoFundMe page to see if I could raise the money to help me tackle this race since 100% of the registration would be sent off to several charities. Low and behold, the most amazing community I have ever known came through and helped me put together the funds. Once again, A HUGE THANK YOU! to all the Spartans who pitched to hit goal. I am incredibly grateful for the amazing support.

By this time it’s now 4PM. I immediately called all of my evening clients and weekend clients and told them that there would not be any training and classes would resume Monday.
In the middle of all this I called my wife and simply said to her, “Honey, the Death Race is happening tonight/tomorrow……”
Wife: Oh awesome!
Me: I got in! I can participate in it!
Wife: …………….. (-__-) ………….
Me: H..e..l..l..o…
Wife: How long is this?
Me: I might be done Sunday or Monday
Wife: ……………WTF?!?
Me: It may be the last one …EVER!

Being the most supportive woman I have ever met, she began to figure out how we can get me up to Vermont. So I quickly began to tackle the gear list which also included sorting out food and hydration. I first searched around the house to see if I already had some of the items. Following that, I jumped in the car and went to several stores searching for duct tape, tubing, suit for church, hot sauce, whipped cream, shovel, etc. After a couple of hours everything was assembled by 10:30PM. 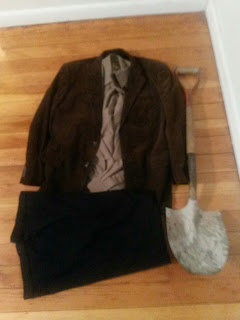 Last of all was how the hell am I getting over there? Since I didn’t want to drive, my wife was the first choice but she had work the next day, so scratch that. Next was to ask friends and family if they can do me a favor to drop me off in Vermont in the middle of the night to make the 7AM late registration. Everyone either had kids or had work the following day or just thought I was nuts. J Last choice was me. I took everything, tossed it in the car and was ready to make the 4 ½ hour drive. By this time it was 11PM something. Having had worked the entire week and the day of since 4am, I was already sleep deprived. My wife looked at me and said, “Make sure you don’t feel sleepy on the road”. Off I went! 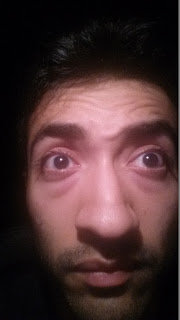 Thirty minutes into the trip, my eyes began to feel heavy. Forty minutes in, I began swerving. How did I know I was swerving? Thanks, to the loud horn of a truck waking me up. I estimated the time and thought, Ok, I’ll pull over to take a quick nap. Twice I took naps to keep going but the second time was the “Oh Shit!” moment when the side bumps woke me up before I almost smashed into the railing. I still had 3 hours of driving by the time I took the second nap. That was around 4am. It was 1 hour 40min to get back home. I stopped by a shop for a redbull which got me back home. (Even the Redbull only lasted 30min)

As a husband and parent, when I had that moment of almost smashing into the guard rail at 80 miles an hour, the first thing that came through my mind was my family. As my efforts to get there didn’t prevail, I had to make the decision to just pull over, snooze, and turn back.

According to The National Highway Traffic Safety Administration, about 100,000 reported crashes are a direct result of driving drowsy each year.
“ This results in an estimated 1,550 deaths, 71,000 injuries, and $12.5 billion in monetary losses. These figures may be the tip of the iceberg, since currently it is difficult to attribute crashes to sleepiness.” (source: http://drowsydriving.org/about/facts-and-stats/)

Why am I doing this post? So YOU don’t become another number to these Statistics! Driving drowsy is not only putting you in danger but others on the road as well. Before hitting the road take a quick moment and think to yourself, “Is this an emergency or a priority?” 100% of the time it should be NO! Take a nap, find someone else to get you there, drink some black coffee, do a couple of push-ups to keep the body alert, open the windows, blast the AC on the coldest temperature. When there is no option left, then it’s time to just catch up on some much needed rest.

If you would like to learn all there is about Drowsy Driving Prevention, please checkout: http://drowsydriving.org/