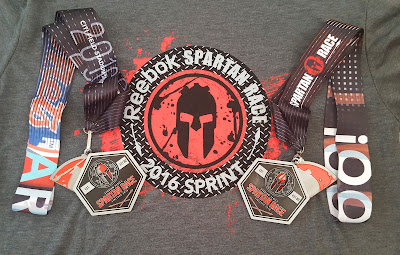 On Saturday, April 16th, thousands of Spartans around the east coast got together to take on one of the first Spartan Race's 2016 Stadium Series races, which took place at Citifield. For many of us, this is the first race of the 2016 season. For others, it will be the first Spartan Race ever. For those of us who have been running these races for years, you may have noticed that there are some new details tossed into the ball game. Let's go over some of the new things. 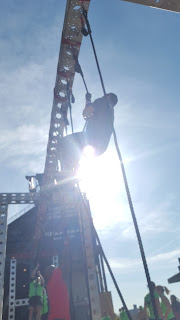 Ropes - Some of you may have noticed the new thinner, sleeker climbing ropes. They are not as high as they were before, but due to them being thinner, there was a need for more grip than in previous races. Not only that, the material they are made from makes them a bit slick as well which makes it a bit harder to hook on your feet.

Tips: Work on a stronger grip and learn a couple of techniques wrapping your feet on the rope. Having a combination of both will help you dominate this obstacle. 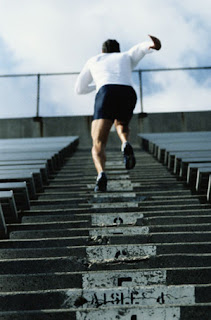 Stairs - Up and down, Up and down. There were plenty more stairs this year, about one mile's worth in fact. According to several tracking watches, the average was 4.25 miles. This was a perfect amount for a Stadium Series Race. Obstacles were very well placed throughout the race course however, keeping a balance between running and obstacles. 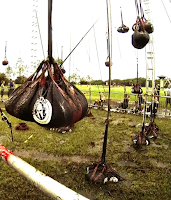 Hercules Hoist - Seems like the Sand bags have gained some weight over the winter. When I ran the course in the morning, it took a lot of my strength to get the bag all the way up. Later on, at around 4pm when I went along with a team, I wasn't able to budge the bag! Now, I am not sure if it was that maybe the pulleys were beat up from thousands of spartans already having gone through or that they added more sand!?
Either way, this year they are definitely heavier.

Tips: Practice hand over hand sled pulls to improve your grip and back strength increasing your chances of avoiding burpees!

See "hand over hand sled pulls" video below
With NJ Beast next on the list, we will have some new upgrades to lookout for!

See you at the Next Race! Aroo!
Posted by Unknown